The Life of Ted Lopez 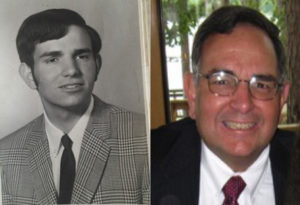 Theodore (Ted) S. Lopez, loving husband, amazing father, caring son & brother, devoted co-worker, and dedicated friend passed away in the early morning of June 15th, in his home, surrounded by his family. Ted was born on November 9th, 1949, in Santa Fe, New Mexico to Frank S. and Jessie M. Lopez.
Ted was a remarkable husband to Terry and an incredible father to their four children; Kevin, Kenny, Keith, and Kathryn (who he called “Katty”). In his elementary years, Ted attended St. Francis School and was an altar server at St. Francis Cathedral. Through becoming a boy scout, Ted was introduced to camping by his father, and spent much time at Holy Ghost Campground, in Tererro, NM. This ultimately became one of his favorite places to be and where he planned countless camping trips with his family throughout his life. 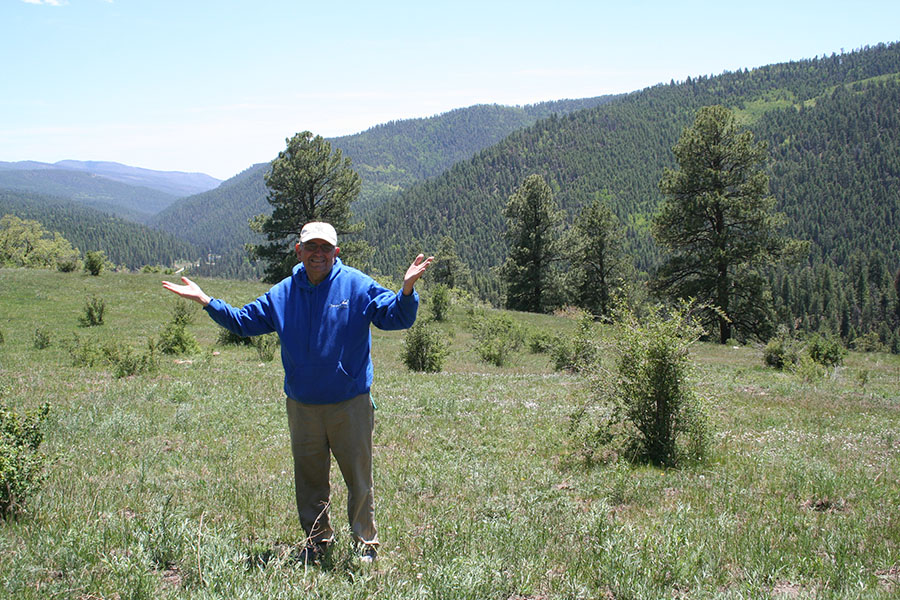 In 1963, Ted decided to enter the St. Francis Seminary in Cincinnati, OH in pursuit of becoming a Franciscan priest. He completed his high school education in the seminary and began his college degree at Duns Scotus College of the Friars Minor in Southfield, Michigan. Ted spent his summers at the Garcia Street Club working 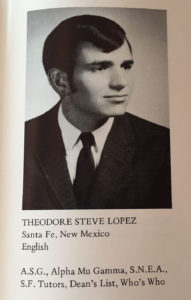 as a playground counselor. He valued his Franciscan curriculum and made many friends through those years. In December of 1968, he wanted to see what the “other side of life was like” while still serving God, and so returned home to Santa Fe to finish his college degree. While attending the College of Santa Fe, Ted majored in English and minored in Spanish, while working in the college’s counseling center. In 1971, Ted graduated with his bachelor’s degree, did his student teaching at Santa Fe High School, and had the idea of becoming a high school teacher.
Upon graduation, Ted signed up for the United States Navy and attended Officer Candidate and Communications Officer School in Newport, Rhode Island. He became the Communications Officer (COMMO) who ran the Communications Department that sent and received messages to and from other ships, aircraft, and shore facilities. He served on the USS Anchorage LSD-36, an amphibious 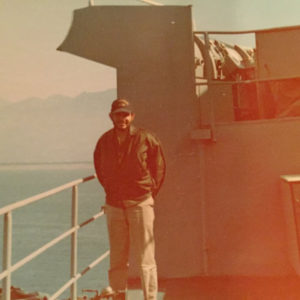 support ship, where he was assigned to Pacific 3rd Fleet based out of Naval Station, San Diego, CA. He was promoted to a lieutenant and would often get his fellow crewmembers involved in the Catholic orphanage in San Diego. The ongoing Vietnam conflict, the evacuation of Saigon (Operation Frequent Wind), the efforts to rescue refugees, and chasing the pirate hijacked SS Mayague were among the operations Ted helped support during his time of service. Ted valued his years in the Navy and appreciated the camaraderie formed with his lifelong friends, Ed Alder and Chuck Johnson. He was respected and admired by his division/entire ship’s company and returned home June 15th, 1975.
His naval experience made Ted interested in the field of Communications. His career was spent in Santa Fe, Albuquerque, Phoenix, and Denver and had more than 30 years of experience working with Mountain Bell, US West Communications, Brooks Fiber, and Qwest Communications. On August 21st, 1976, at St. Francis Cathedral, Ted married Terry Ann Ortiz, whom he had met through his good friend/her brother, Pat Ortiz. Ted and Terry loved to dance and enjoyed raising four children together. He was committed to making memories with each of his children and did everything he could to create special moments for his family to remember. 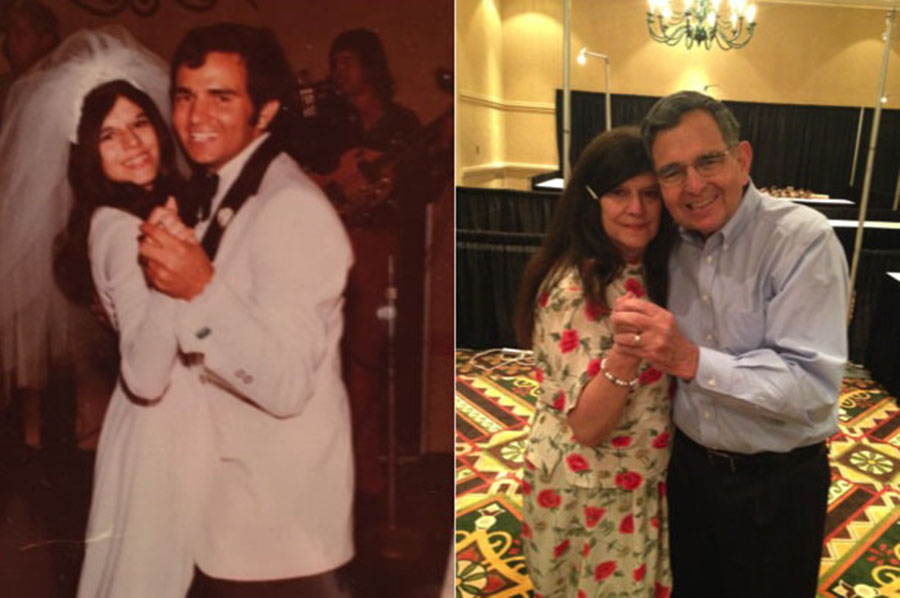 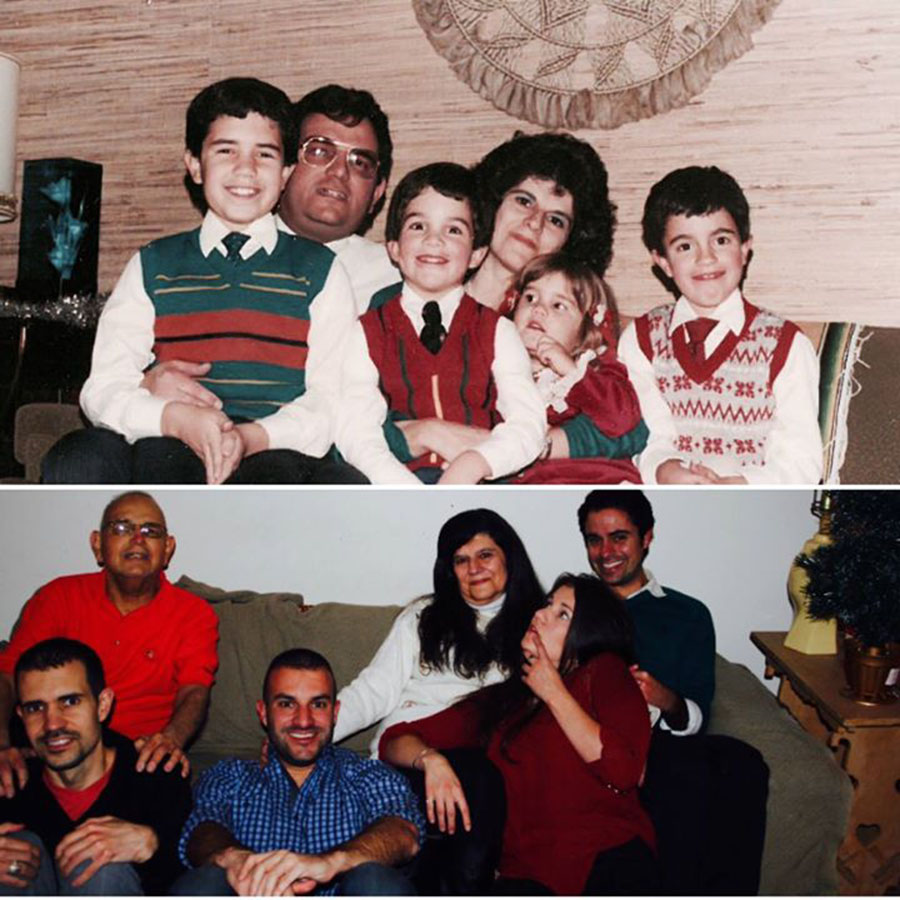 Throughout Ted’s life, he enjoyed playing golf and sharing moments with his loved ones through the sport.From his Navy buddies, to his co-workers, friends and teaching his four children how to play– there are MANY who have fond memories of Ted on a course! 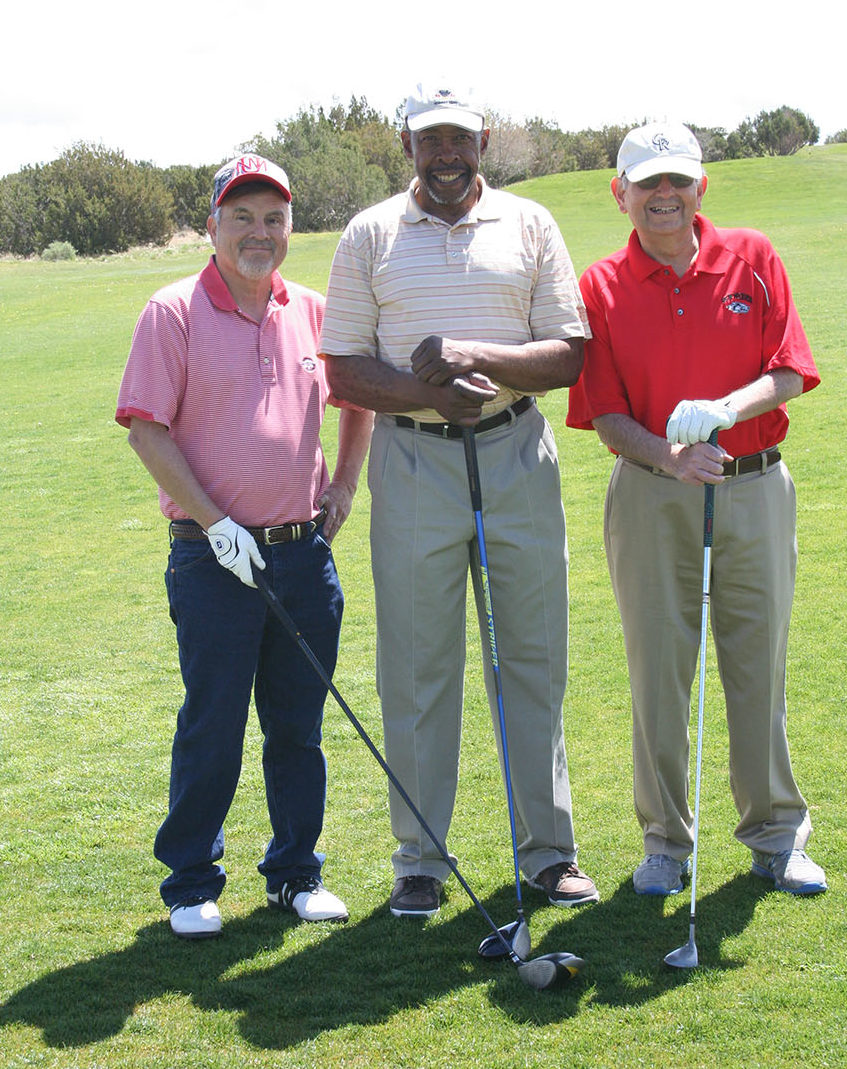 He was a life learner, always seeking opportunities to enrich himself. Thus, at the age of 62, he pursued a master’s degree, ultimately earning his Executive MBA from the UNM Anderson School of Management in October of 2013. The knowledge and friendships he made during those two years were something he deeply 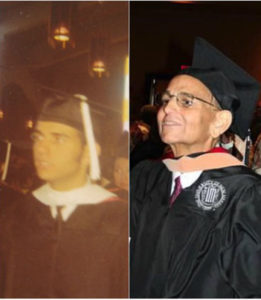 cherished. Upon graduation, he became the Director of the Small Business Development Center at UNM-Los Alamos. He consulted with New Mexico business clients in strategic planning, marketing, program management, sales, customer service, and more, to start and grow their small businesses. He was an avid note-taker at meetings and conferences and was genuinely interested in learning how to assist his clients. Colleagues will remember him for his kindness, expertise, humility, and how he truly gave his best everyday. Ted loved his job from his first day, through the rest of his life.

Ted treasured his family, enjoyed the outdoors, appreciated a variety of music, and loved traveling. He was an authentically good, intelligent, and generous man. He cared about those around him and always put others’ needs well above his own. He was the first to bring positivity to one’s day and was incredible at investing in the lives of those around him, while always remembering that it’s the little things in life and the relationships we have that truly make a difference. He treated everyday as a gift. His strength, courage, sense of gratitude, faith, and love of God are an inspiration to all who knew him. He is loved tremendously and will be missed beyond words.

When asked what he would name his autobiography, he said, “A Story to Tell.” You’re invited to witness his story through this tribute video of his life: bit.ly/storyofdaddylopez